A pulsing lesion on a young man’s hand proved to be an unusual clue that a cardiac infection called endocarditis was insidiously spreading through his body.

The medical puzzle unfolded after the 27-year-old patient arrived at a Canadian emergency room with an oddly painful and pulsing palm, abdominal pain, and complaints of a six-week history of fever, night sweats, decreased appetite, and a 12-kilogram (26-pound) weight loss.

Physicians, who later reported the case to The New England Journal of Medicine, immediately began a series of examinations that revealed a worrisome heart murmur and abnormally high amounts of white blood cells. Upon closer inspection of the heart using an echocardiogram, the doctors found a large mass partially blocking the aortic valve.

CT scans showed that the mysterious lump was actually an ulnar-artery mycotic aneurysm – a swollen area on one of the hand’s main blood vessels – and that tissue in the spleen and one of the kidneys had died due to lack of oxygen.

Taken together, the diverse symptoms pointed clearly to endocarditis, a condition that arises when bacteria circulating throughout the bloodstream become attached to the lining of heart valves in clumps called vegetations. These vegetations can break off and travel through the arteries until they become wedged in place – forming an aneurysm.

In the meantime, smaller pockets of infection distributed throughout the body send the immune system into overdrive, leading to the flu-like symptoms of night sweats and weight loss.

A culture of blood taken when the patient first came to the hospital later identified the bacterial culprit as a strain of Streptococcus commonly found in the mouth.

As to how the patient developed a potentially deadly infection, the physicians highlight the well-known pathway wherein bacteria in the mouth are introduced into the bloodstream through openings in the gums and teeth created by poor oral hygiene and dental procedures. This can transport species that are harmless to the digestive tract into an internal environment where they can cause a real damage.

People with congenital heart defects or cardiac implants are at much higher risk for the infection because they have unusual anatomy, scar tissue, or medical devices that allows bacteria to stick onto their valves more easily.

The unfortunate patient was a three strikes scenario: In addition to a history of both neglected gums and a recent dental procedure, he had been living with an undiagnosed yet mild heart irregularity. His aorta, the site of his endocarditis clump, has only two valves instead of the normal three.

After surgeries to replace the aorta and repair the ulnar aneurysm, plus a course of antibiotics, the patient made a full recovery. In the future, his condition will necessitate that he takes antibiotics prior to going to the dentist. 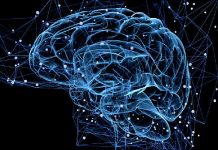 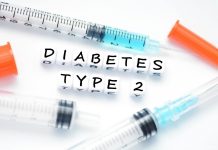 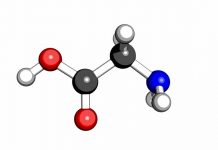