Meghan Markle is one of the most exciting women in the world at the moment, creating a huge buzz wherever she goes.

Since marrying into the royal family we’ve seen her attend formal engagements, including a full day visit to Cheshire with the Queen, and more relaxed royal celebrations, such as a garden party and Royal Ascot – and she always looks incredible.

But eagle-eyed fashion fans have spotted something a bit off about her otherwise-perfect style – her shoes.

While the shoes themselves are gorgeous, lots of people believe many of them are actually too big for her.

We imagine that pretty much ever fashion designer in the world is desperate to style the new Duchess of Sussex, so why is she stuck with the wrong shoes?

Well it turns out it might actually be a well thought out plan, and it’s a very clever little trick.

According to fashion expert Harriet Davey, wearing shoes which are a size too big can actually prevent blisters.

She told the Sun : “There’s nothing worse than uncomfortable shoes – we’ve all been there on a night out – and when celebs like Meghan are wearing heels for a long period of time their feet can often swell up.

“The swelling can cause blisters and in the long run bunions.”

“She might decide to go up rather than down, as that would cause agonising blisters.”

But according to Lauren, theres another reason celebs tend to wear shoes which are too big on the red carpet. 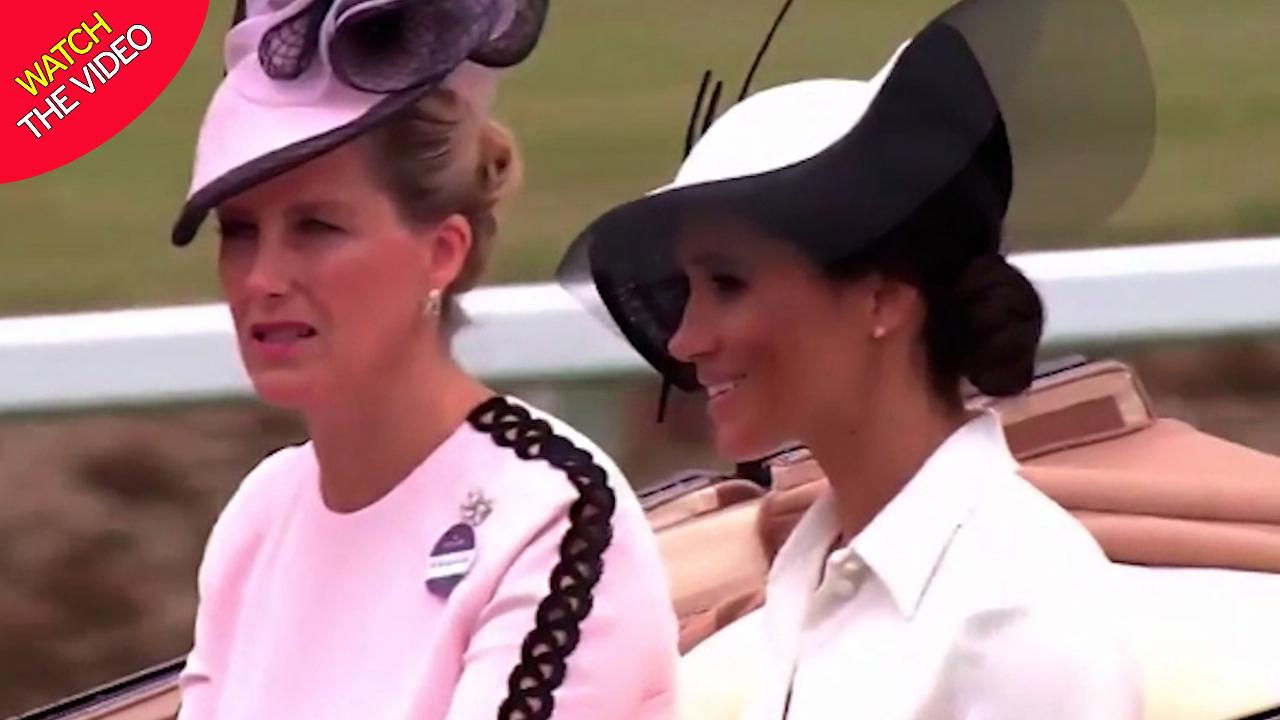 A lot of the time our favourite stars don’t wear their own shoes for big events, and instead borrow from their favourite designers.

Lauren said: “Designers loan to most celebs for events a they know they will get publicity.

“There’s a stylist trick of the trade we use – stuffing the toes with tissue to make the shoes fit.

“This obviously doesn’t work with strappy styles, only courts.”

But unlike these celebs, Meghan almost certainly wears her own shoes.

Lauren added: “I would assume the shoes she wears are her own – especially now she won’t be able to accept freebies from brands as a member of the royal family.”

And you know, she is a royal after all…