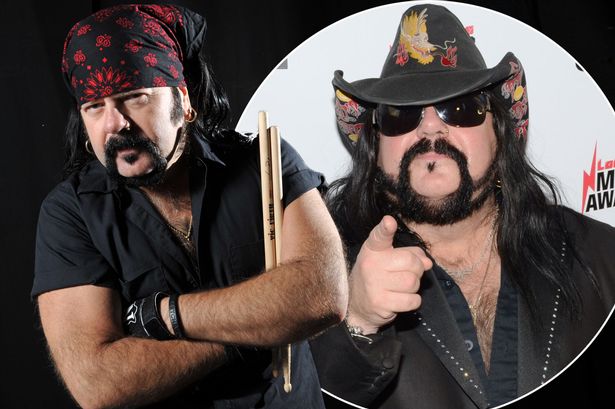 “Vincent Paul Abbott aka Vinnie Paul has passed away. Paul is best known for his work as the drummer in the bands Pantera and Hellyeah,” a statement said on the Pantera Twitter account.

“No further details are available at this time. The family requests you please respect their privacy during this time.”

The cause of death is currently unknown.

Texas-born Vinnie co-founded the heavy metal band in the 1980s along with his late brother “Dimebag” Darrell Abbot.

In 2003, Pantera broke up amid rumours of a rift between band members.

Vinnie and Darrell went on to form Damageplan. However, they only released one album before Darrell was fatally shot onstage while they performed in Ohio.

Stunned fellow musicians have been paying tribute on socail media, with Paul Stanley writing: “So sad to hear of the death of Vinnie Paul.

“Loved when Pantera did shows with us and in later years Vinnie was always front and center at all KISS shows. RIP and condolences to his family.”