They may be the happy couple of the villa but Love Island’s Dani and Jack could be facing trouble in paradise as his ex is rumoured to be the latest bombshell.

Keeley Maguire is thought to be heading to Mallorca after reportedly quitting her job last week. The sassy blonde is said to be just like Dani with some cruel trolls branding her “the prettier version” of the barmaid.

But just who are the potential Love Island exes – here we take a look at who we can expect to see in the villa – with some more likely than others!

Snakey Adam previously dated Claudia Proctor. From the looks of Claudia’s Instagram page she is a heavy social influencer. She graduated in December 2017 but it isn’t clear what her current career is.

Claudia loves posing in various outfits on her balcony.

Josh Denzel’s former lover of seven years, Nena, who bears a striking resemblance to Josh’s current squeeze, Georgia Steele, went crackers when she saw him in the villa.

Through publicity related to show Nena claimed she discovered he was unfaithful to her the whole way through their relationship.

Speaking to OK! Online she said: “We were were together since we were 18 until earlier this year. We split up in January.

“We own a house together, we’ve got pets together, but now it’s basically been confirmed that he spent the whole time cheating on me. He cheated on me with multiple people”.

Then his other ex Kayleigh Morris came into the picture.

The Ex On The Beach star said she thought her then boyfriend was head to Russia for the World Cup.

She said “When we spoke he told me he was going to be away with LAD bible covering the world cup, and I literally said to him, ‘if this is code for Love Island I’m going to be so cross with you.”

Eyal used to date ex-islander Tina Stinnes, as revealed by yet another Islander, Olivia Buckland.

Tina was dumped on day 40 of series two, but since returned to Made In Chelsea after making her debut on the show back in 2014. The 22-year-old dated Spencer Matthews but the relationship fizzled out quickly.

The Dr’s exes remain nameless but one hook up said he used her for sex after they got together.

She went on to explain she was ghosted by the heart stopping doc.

Laura’s ex is nineties popstar Dane Bowers – so that could certainly be an interesting turn up for the books if he were to join.

Although it may be unlikely that the former singer would grace the villa with his presence.

Sexy Samira said she went on a date with Chris Pine.

Islander’s jaws were to the floor when her famous ex was exposed on the show.

Pre-Love Island Samira explained: “I went to the GQ Man Of The Year after-party… and I thought I recognised this guy from the Disney Channel. I thought, ‘My God he was in that movie with Lindsay Lohan,’ and he kind of moved to me and I thought, ‘He seems fun, he seems cool.’ I kind of looked him up and thought, ‘He’s actually a pretty big deal.’ 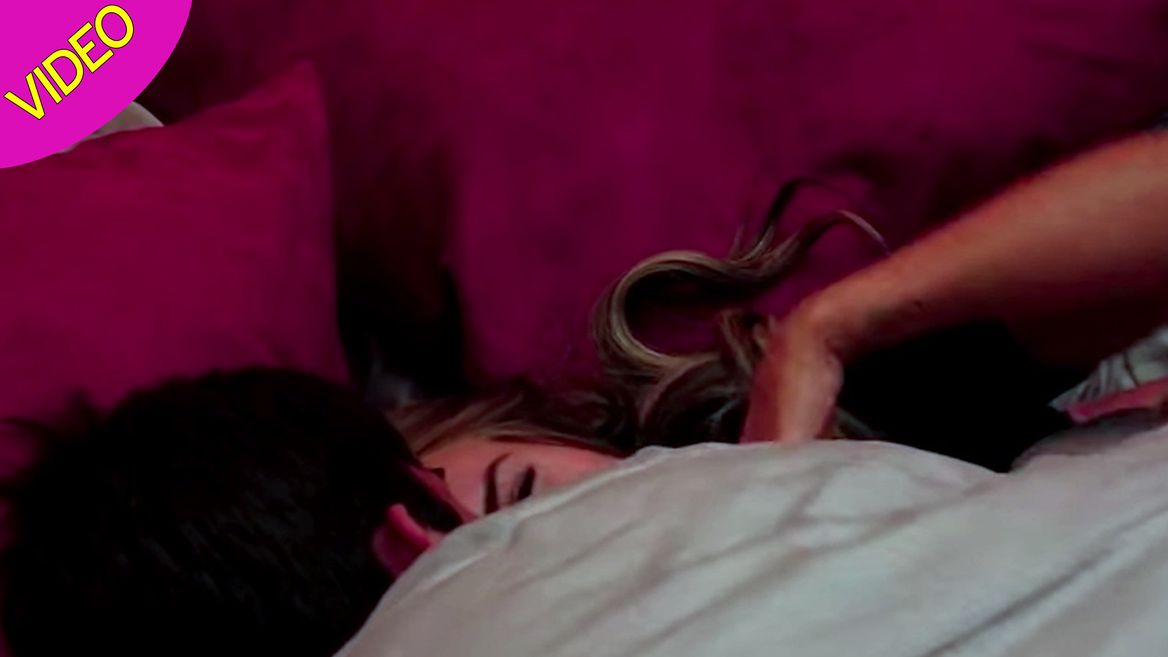 “He was like, ‘Take my number.’ The next day me and my friend were like, ‘He’s not gonna text me,’ and then he did! I’d just broken up with my boyfriend as well so I was like f**k it, I’m gonna go on a date with Chris Pine.”

Since entering the villa the blonde has been dogged by rumours she had a secret boyfriend before getting the green light to travel to Mallorca.

Businessman Jay Mihcioglu, 29, said he spent the night with Ellie before she suddenly announced: “I won’t be seeing you any more – I’m off to Love island!

He said Ellie had been going to the gym twice a day in the weeks before the show but he thought she was getting fit for summer.

Her family and friends say she broke up with him in December.

The attention seeking student has kept tight lipped about her past boyfriends.

She only said: “”I went on a date with someone famous – but a girl doesn’t tell her secrets. He was quite into me. But I let that go. All I’ll say is they had famous relatives.

Blonde bombshell Megan 24, has reportedly dated Calum Best , the playboy son of late footballer George, had a dinner date with Chelsea player Thibaut Courtois, and been stood up by his teammate Danny Drinkwater.

Kendall (as she is rumoured to be going back!)

Dumped islander Kendall spoke openly about former fiancé letting agent Michael Clark, saying he wanted to hang out with his mates rather than her before kicking her to the kerb.

The pair began dating back in 2015 after growing close on movie Bonded By Blood 2.

A source told The Sun on Sunday of their romance at the time: “As soon as Dani and Sam met, thanks to Danny, they hit it off.” The insider added: “Sam and Dani are really good friends and she runs everything past him. His advice was to not do the show – he feels it’s the wrong move for her.”

These three are either very dark horses or have extremely loyal exes who have not spoken out… yet.