After Rosie Williams was the fourth islander to be ousted from the villa, the question naturally moves to who will be next.

It was first Kendall Rae-Knight who was sent away, followed by Niall Aslam , who had to leave the villa for health reasons.

Then Charlie Frederick and Hayley Hughes were forced out after the other couples decided they were the least compatible, along with Dr Alex George and Samira Mighty .

The public opted to get rid of the couple, who was then followed by Rosie.

Now fans reckon they’ve worked out who will be next to join Caroline Flack on Aftersun, and it might come as a shock.

Viewers have noticed a pattern emerging with those leaving the show – and it’s all because of playboy Adam Collard .

They noticed that every girl involved with Adam, who has so far been left to the final two of the recoupling, have not lasted another night, which means his new squeeze Zara McDermott will be the next girl out of the villa.

One wrote: “Adam is the kiss of death! Once he dumps you, you’re out of the villa… watch out Zara”

A third added: “The cure of Adam… two girls trampled by him and both girls out – watch out Zara!!”

When Adam arrived in the villa he snaked Kendall from Niall, which made her pretty happy.

But her joy was short-lived when Rosie entered the villa, and Adam quickly turned his head, leaving Kendall to pack her bags and head home.

When Megan Barton Hanson arrived, Adam showed some interested and swiped at Rosie, which she did not take lying down.

The two made up but when Zara entered the villa, his head was well and truly turned and Rosie was left alone and vulnerable – with even new boy Sam Bird unable to save her.

But are fans right about the next islander on their way out?

Love Island airs weekdays and Sundays at 9pm on ITV2. 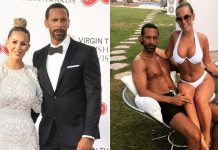